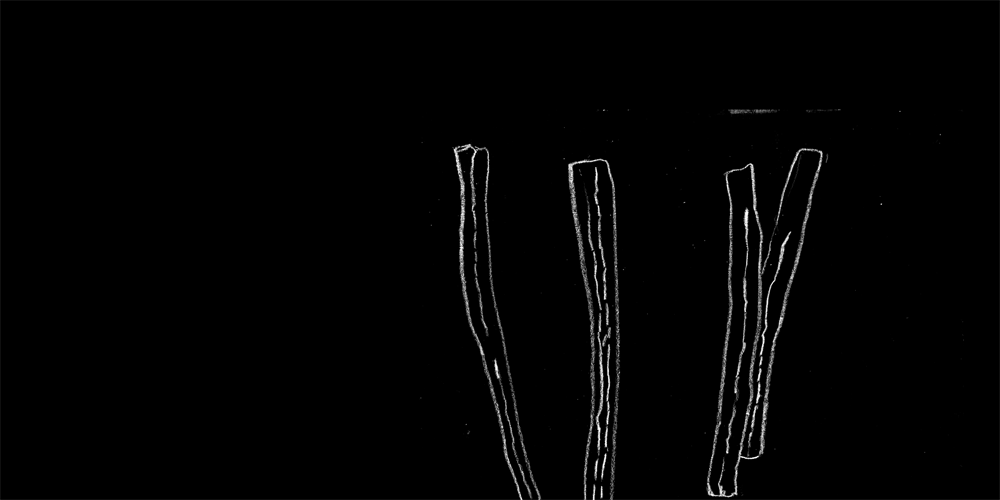 Working with the idea of a score as a living force containing the power to shape and reshape what enters our senses, Helga Fassonaki reinterpreted one of her scores 8 Pillars (originally created for New Zealand artist Rachel Shearer) into a performance composition for seven women. It was filmed on Independence Day 2015 in a forested area in Oldwick, New Jersey. The women (each representing a pillar) move in a slow and deliberate motion mirroring their meditative wordless humming of the “Star Spangled Banner” as they form a circular shape around the forest trees. The cameraperson is also one of the pillars whose motion and view is revealed through another camera frame that remains still, documenting the process of a composition being created but never finished. The group voices fade as one voice (the missing eighth pillar) continues chanting the anthem until the song becomes unrecognizable.

Presented as a kind of paradox, the 8 Pillars film composition explores two sides of freedom: personal vs. political, whilst stripping content from song until the sacredness of a singular voice is revealed. A solo voice whether banned by political law or censored by our own fears is a vessel for a powerful recalcitrant freedom, one that is always vulnerable to attack no matter how “free” a country is.

Julia Santoli and Helga Fassonaki performed the second iteration of the 8 Pillars – A Free Score at Disjecta in Portland, Oregon in September of 2015.  Santoli humed the “Star Spangled Banner”, anthem until it became further unrecognizable as the notes were abstracted into solid tones of color while a spool of connected red, white, and blue fabric was transferred from Santoli’s body onto Fassonaki’s.

Jessika Kenney will join Helga Fassonaki for a third iteration of 8 Pillars – A Free Score at Human Resources.

8 – 10pm
Dinner will be served buffet style and include traditional Persian foods with vegetarian, vegan, and meat options.  Refreshments and desert are included with the dinner.