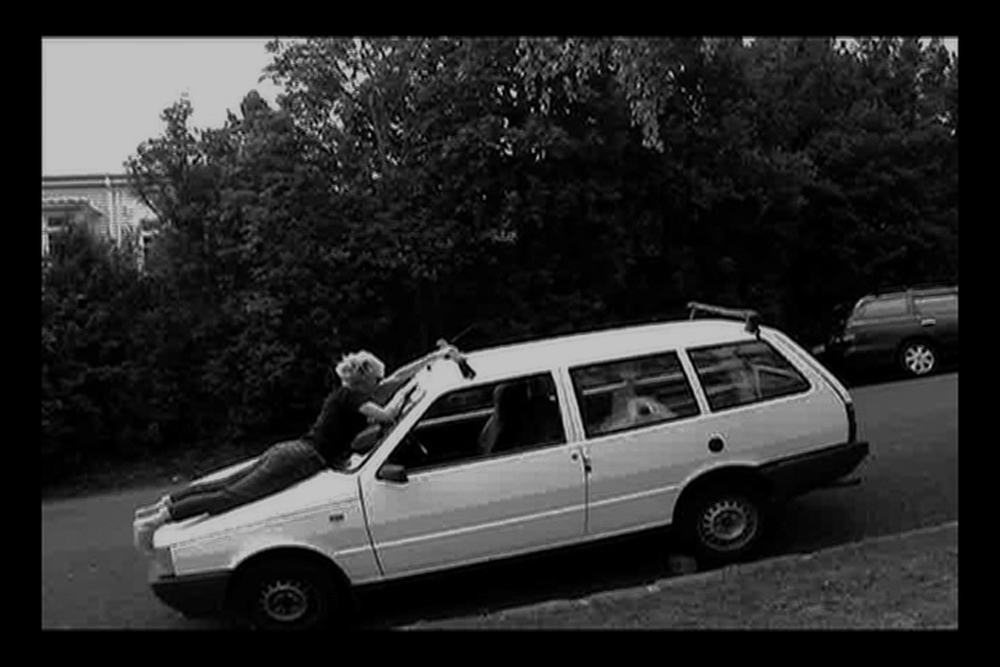 Swing State’s brazen punk-jazz intention emerged in the lull of summer 2010, somewhere between a pink beginning and a meditative ending. Over the past decade the notions have only accumulated. Angel Chirnside, the original recipient of the Khal score “Hypocrisy”, presented Swing State with an opportunity to reinterpret the score and rehearse live as duo for the first time.

Jessika Kenney is an award-winning vocalist, composer, sound artist, and teacher, working for the last 25 years in realms of the subtle melody, with attention to the physicality of sound, translation processes, and perceptions of context. Kenney’s music can be heard on Ideologic Organ, Black Truffle, Weyrd Son, SIGE, and bandcamp. She has performed her own compositions and those of many colleagues, as well as music of Annea Lockwood, Hossein Omoumi, Morton Feldman, Simone Forti, Giacinto Scelsi,  Jarrad Powell, Trimpin, Nartosabhdo, and many others, informed by the atmospheres and techniques absorbed through the practice of Javanese sindhenan and Persian radifs. Kenney’s ongoing collaborations with Eyvind Kang have been described as “serious, refined music” by the New York Times. Her involvements in noise, metal, electronic music and minimalism include work with Lori Goldston, Wolves in the Throne Room, ASVA, Alvin Lucier, and on the Sun City Girls last record. Her 2015 gamelan-based LP “ATRIA” was released by the avant-metal SIGE label, alongside a large-scale, site-specific and interactive sound, calligraphic score, sculpture, and video installation filling five rooms at the Frye Art Museum in Seattle. Kenney taught from 2007-2015 at her alma mater Cornish College of the Arts in Seattle. She studied sindhenan with Hajjah Nyi Supadmi in Central Java from 1997-2000, Tembang Sunda with Hajjah Ibu Euis Komariah in 2009, and since 2004 studies radifs with Ostad Hossein Omoumi (UC Irvine) , with whom she recorded ‘Voices of Spring’ 2007. Kenney received the James Ray Distinguished Artist Award in 2014, as well as the Stranger Genius Award in 2013 and the Korean American Coalition of Washington Artistic Achievement Award with Eyvind Kang in 2014, and the Lionel Hampton Festival Best Jazz Vocalist Award in 1992. Kenney is a VoiceArts adjunct faculty member at California Institute of the Arts since 2017.

Pauline Lay is an instrumentalist, composer, and events organizer in Los Angeles. Apart from her solo improvised violin and electronics performances, she currently performs and collaborates with other musicians in varying iterations and genres from duets to larger ensembles.
Angela Frances Wilson is a Los Angeles born composer, with a practice built at the intersection of healing art, and improvisational music. Using modern digital and analog mediums, they investigate modes of perception, and the impact of hybrid space.