Online Seminar: Life In the Iron Mills, or, Marxism for (Anti-racist, Feminist) Artists 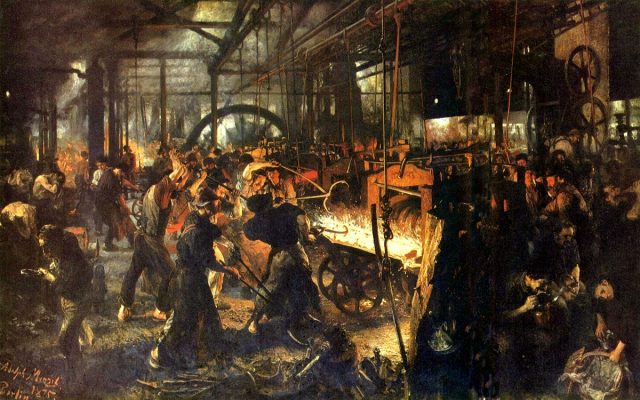 Join Jennifer Doyle for a series of online seminars on Marxist thought, as it applies to the life of the artist. This seminar will combine the slow, close reading of Rebecca Harding Davis’s short story, “Life In the Iron Mills” (1861) with the study of key concepts in Marxist studies, accessed through David Harvey’s wonderful series of lectures on Marx’s Capital. The only requirements for this seminar are reading (or listening to) Davis’s story, and watching Harvey’s lectures.

Rebecca Harding Davis was from Wheeling, in what is now West Virginia. West Virginia is the only state in the country to have formed by seceding from the Confederacy: it was, previously, a part of Virginia. Western Virginia, at the dawn of the Civil War, was one of the most intensely industrialized regions in the Americas. It was also home to anti-slavery and pro-labor activism: the region has a fascinating history. One might argue that West Virginia has been paying a price for that — it sits in the American imaginary as the very image of all things backwards and yet has a history of fierce opposition to worker exploitation and unchecked greed. (See, for example, John Sayles’s stunning film Matewan).

We will focus our discussions on Davis’s story, unpacking details to access key concepts in Marxist thought. You can’t look at this story, however, through traditional Marxist frameworks alone. This is a story in which Blackness figures powerfully and yet obliquely — slavery is the background against which the story of the hyper-exploitation of free-labor is told. Furthermore, almost all of the immigrant workers in this story have what one might call weird gender. The story is narrated by a figure whose gender is never made legible; it centers on a sculpture of an intensely muscular nude woman which, to characters viewing it, can barely be described as womanly. Why?

The intention is to sit with the really intense contradictions that shape work in the arts, and to foster a conversation which supports each person’s sense of their intentions, their labor and their work, and which creates a deeper understanding of the ways that Marxist, anti-racist, feminist and queer political and creative work inform each other.

Register to get a provisional syllabus; a meeting time (on Saturday or Sunday mornings) will be established depending on participant schedules. Meetings will be conducted via password-protected zoom.