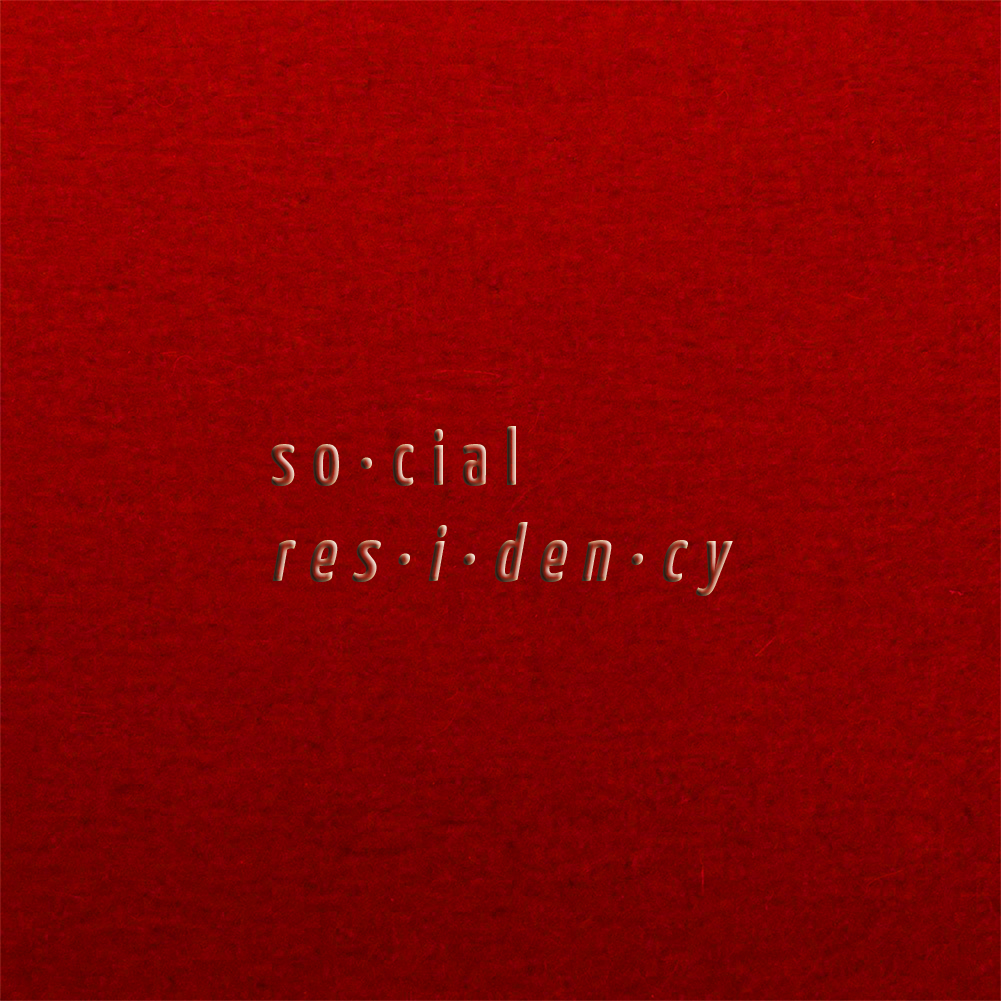 Due to public health concerns around the spread of coronavirus, Human Resources has made some adjustments to upcoming programing.  Social Residency will proceed with an opening Friday March 13 from 8-11pm. We have cancelled the performances that were a part of that event.

By appointment only, until 3/20, pending further notice.

Revealing threads, bleeds, crossings, streams of conscience
From a group of artists housed virtually
Exchanging notes
Processing
a single part
a reference point
a collective meeting
a window into
an inter-related experience
Presently formulating
an error, a filter, a trial, a misunderstanding, a slur,
a natural and artificial sound colliding
Trying to relate
confusion, vision, miscommunication
literacy, clarity, exposure
A variable non-static artifact

untune and Human Resources present Social Residency, March 13 – 17 – an all new iteration of what initially began in 2017 at untune with Alison O’ Daniel, Kathleen Kim, Marcia Bassett, and Angel Chirnside.  Joined by Fiona Connor and other members of the Varese Group, artists reconstruct separate ideas involving tone, slur, entropy, action, and residency under the binding umbrella of Social.

Social Residency attempts to shift the structure of an artist residency into a process – one that develops, much like a group exhibition does – through ongoing conversations, discussions, feedback, and exchanges, with emphasis placed on the interactions between individual process and group interventions that have formulated remotely.

Marcia Bassett, given the concept Social Entropy, explores the idea of social theory where social and natural worlds have constantly shifting relationships.  Sound collected from participants and the environment will be assembled, collaged, processed and transformed into a quadraphonic sound installation.  She will be activating her installation with a live performance on Saturday March 14th, 9pm.

Throughout the exhibition (at times TBA), Alison O’ Daniel, given the term Social Tone, will be processing a series of Skype sessions – a live collaboration with hard of hearing friends where repeated, indecipherable, and filtered communication of parts of her film script will then be utilized as new text, dialogue and sound within the script.

Social Slur presented by Kathleen Kim, a prolific advocate for civil and immigration rights, will present an impromptu dialogue on social justice themes present in her work while allowing for sound improvisation involving audience participation to blur and bleed into the conversation – a starting point for communication about social issues.  This will take place on Sunday March 15, 4-6pm followed by a cosmic grooving with an Avant Jazz ensemble later in the evening at 8pm, providing a capstone to Social Slur.

And as most stories have a beginning, middle, and end, Angel Chirnside will prove otherwise. Intercepting with Bassett’s relational intersections, Chirnside provides the most significant building block to Social Action – literacy.  In a participatory intergenerational (kid-friendly) reading room, she will facilitate storytelling with visitors, with special attention to kids, utilizing colorful felt cutouts she has made, with no scripted story in mind, that can be rearranged by visitors to tell new stories with varied outcomes.  The felt pieces provide catalysts for a variety of narratives. You’ll be able to find her in the reading room at various times between 11am and 1pm on the 14th, 15th, and 16th.

Bringing forth and integrating the very essence of the term Social Residency, we are also extending a warm welcome to the Varese Group, founded in 2017 by Fiona Connor with an intention to meet consecutively until 2021 in Northern Italy.  Taking the form of one-week symposiums, the group consists of artists, designers, architects, writers, and curators, engaging in dialogue and conversation about ideas and their projects, intercepted by shared meals and excursions. The materiality of location is a central aspect to their exchanges.  Every year a press release is produced (as the only public presentation) – this years iteration will be presented in this show as well as a screening of Ten Minutes in Binio by Sasha Portis that is comprised of a collection of 1 minute videos taken by members of the group when they met last year.  The screening will take place Saturday, March 14 – stay tune for exact time.

Marcia Bassett is a NYC-based musician and multi-media artist. An artist whose alternately shimmeringly beatific and uncannily intense work has resonated through the underground world, Bassett is the exterminating and vivifying force defying boundaries of noise, free drone and dark psychedelia to arrive at a place of heavenly radiance and hellish intensity. Working with synthesis, processed field recordings, electric guitar, electronic experimentation and acoustic instruments, under the moniker Zaïmph, she seeks to transform, re-imagine and find new meaning within established structure. Her solo recordings appear on a number of independent USA and European record labels, as well as her own private-press label Yew Recordings. Bassett frequently collaborates and records one-to-one with musicians living in the USA and Europe; collaborators include Samara Lubelski, Bridget Hayden, Barry Weisblat, Bob Bellerue, Helga Fassonaki, Jenny Graf and Margarida Garcia. Additionally, Bassett is an active participant in ensembles that explore improvised sound and visual scores.  She has been an active member of Andrew Lafkas’ large ensemble Alternate Models; the group presented “Two Paths with Active Shadows Under Three Moons and Surveillance,” at Experimental Intermedia and Eyebeam, NYC; Bassett has also contributed to “Gen Ken’s Supergroup” performing at PS1 Solid Gold and Experimental Intermedia.

Recent solo and collaborative presentations of her work include “Transitory Freezing of Perpetual Motion” collaborative improvised sound performance with Jenny Graf and dancers at Here-10 Evenings Festival, Sweden; “Field Recording with Zaïmph”, BOMB magazine; “Out of Line: Narcissister” live improvised sound interaction with the performance, High Line, NYC; “Ed Atkins: Performance Capture” at the Kitchen NYC; composition and performances of the score “One Two Sides Dirty,” part of Helga Fassonaki’s Khal project presented at galleries in the US and New Zealand; and “Ten Ways of Doing Time”, 2013, Single Channel Video, written and directed by James Fotopoulos and Laura Parnes with original soundtrack by Marcia Bassett.

Kathleen Kim is an experimental musician and composer who creates solo work as well as collaborative work with LA Fog and SheKhan. She has performed in joint projects in museums, galleries and venues, nationally and internationally. She co-founded Human Resources Gallery with her brother Eric Kim along with Giles Miller, Dawn Kasper and Devin McNulty. Kathleen is also a full-time professor of law at Loyola Law School and a nationally-recognized scholar of critical theory perspectives on immigration and human trafficking. She is co-author of the leading casebook on human trafficking. From 2013-2016 she served as a Los Angeles Police Commissioner and was a gubernatorial appointee to the first statewide California Anti-Trafficking Task Force. In 2014, Los Angeles Magazine named her one of Los Angeles’ ten most inspiring women. In 2016, The National Jurist selected her as one of twenty law professors “Leaders in Diversity.” She was a recipient of the Judge Takasugi Public Interest Fellowship, Skadden Fellowship and Immigrants’ Rights Teaching Fellowship at Stanford Law School.

From Auckland, New Zealand, Angel Chirnside has been making queer noises in fits and starts for the past twenty years. They have had various aliases throughout that time, most notably Jane Austen, their long-running solo sound project which at various times has referenced animal noises, anxiety and accordions. Born under a Libra stellium, Angel prefers to collaborate and many of their happiest times musically have been in bands, including: P.U.S.H, Avanti Maria, It Hurts, Currer Bells and Tea Dust. In the early-mid 2010s they got into soundtracking archival film, co-curating a series of live cinema events with Nga Taonga Sound and Vision, the New Zealand Film Archive. This was a joyous convergence of their various interests in archival research, amateur filmmaking and background music. These days, Angel is pretty happy just staying cool and getting by in their job as a children’s librarian in Vancouver, Canada, but they still sometimes head out to howl at the moon when the time is right. Sometimes this involves playing in the ensemble Gamelan Gita Asmara.