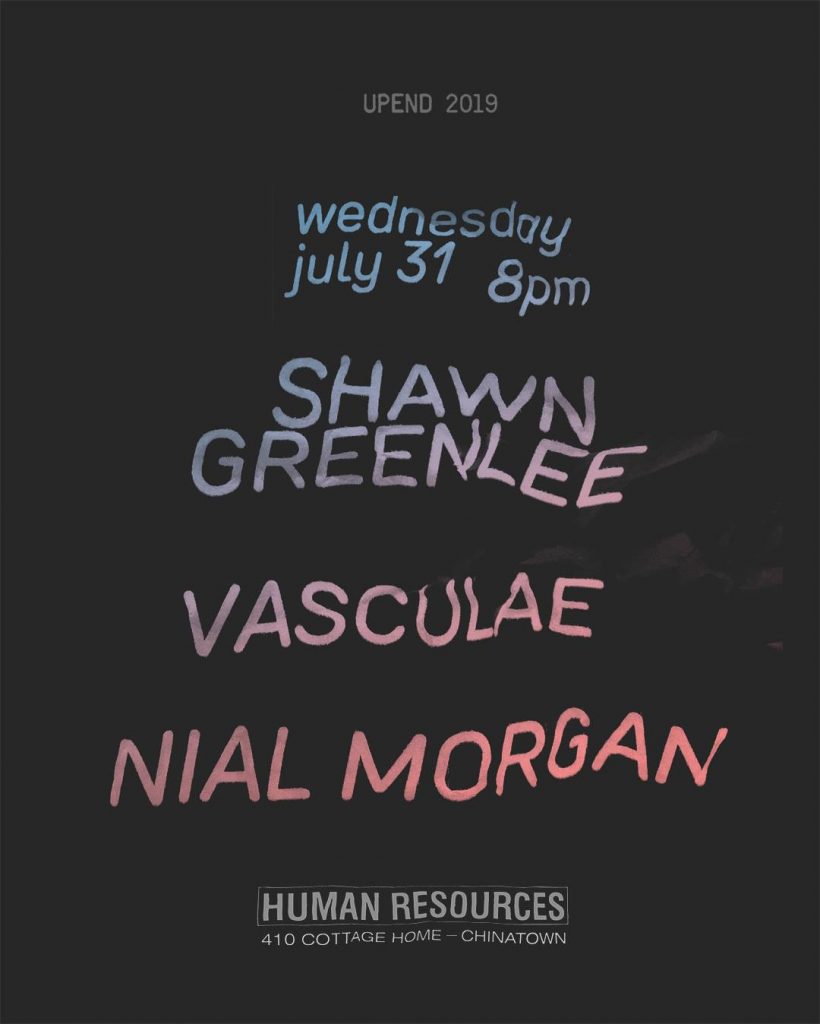 A perennial figure of Providence’s stridently independent underground, Shawn Greenlee is known as a pusher of thresholds as a core member of the noise-rock unit Landed, and had been long identified with his project Pleasurehorse. Having shed that moniker some years back in favor of his own name for solo work, Greenlee’s practice has only grown to encompass more ground, branching into complex electro-acoustic experiments, while still courting the extremes possible within the fabric of digital manipulation. Focused on generating digital audio from graphic patterns – via computer programs of his own design – he advances new methods for interpreting visual image as sound. Indeed, his live sets pull in a staggering range of sounds, from crackle to shrill. And, he’s successfully bridged the gap, bringing the noise into academic spheres – teaching at Rhode Island School of Design, and recently diffusing his work through the High Density Speaker array at Virginia Tech.

Sound in opposition, Vasculae is a solo project from Jonathan Borges of Pedestrian Deposit. Untethered by a single compositional approach, he corrals organic source material into a heavy contemplations, emphasizing textures and natural dynamics.

Nial Morgan has played it fast in loose in solo projects Wrong Hole and Race to the Bottom, and is a sound contributor to the aesthetic juggernaut that is Free The Land. Lately – under his own name – he has been booting up to process his cache of field recordings.