The Closer I Get to the End the More I Rewrite the Beginning: Video Program PART 1 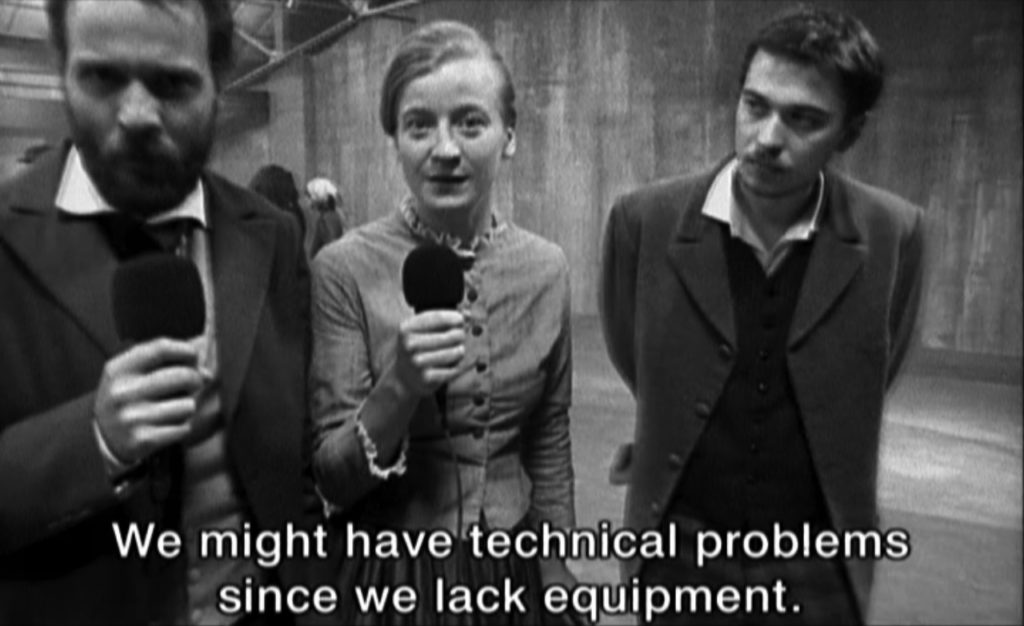 This program is conceived in conjunction and in dialogue with the exhibition The Closer I Get to the End the More I Rewrite the Beginning curated by Suzy Halajian and opening on November 21 at Human Resources Los Angeles.

Note: Screening will take place at 1009 N. Madison Ave. LA, 90029. Due to the nature of the program please RSVP to [email protected]

Sunday, November 15, 5:30-9pm
Screening of Jasmina Metwaly and Philip Rizk’s Out on the Street, 2015, 71 min, followed by a discussion on both films

The Closer I Get to the End the More I Rewrite the Beginning attempts to interrogate the state of exhaustion as a contemporary condition, through the time and space that make it possible. The project questions the appearance and contours of social spaces that enable exhaustion, and locates instances within these sites that allow for new forms of sociability. By considering both individual and collective states of being together situated within a neoliberal and mutating model of capitalism, the exhibition asks how these spaces may be realized in a state of nonstop action and renewal and how their potentials may unfold over time.

What is the social space created by a screening? And a film production? How do the conditions of production transform the material outcome independently of the medium’s qualities? What happens when exhausted political moments are mobilized by the desires behind filmmaking, bringing into life a functional “lie” that helps understand the present? Is this reiteration of the past a legitimate tool or just a foolish operation?

This screening is exhausting and it’s set up as a social task. We wanted to gather a group in front of these films to outlive their length and engage in the complexity of the propositions they convey, entangled in their attention to detail, and aversion to synthesis.

For the film La Commune we travel back in time to 1871 to the Paris Commune, the French revolutionary government established by the people of Paris during the Franco-Prussian War (1871-1871). A journalist for Versailles Television broadcasts a soothing and official view of events while a Commune television is set up to provide the perspectives of the Paris rebels. On a stage-like set, more than 200 actors interpret characters of the Commune, especially the Popincourt neighborhood in the XIth arrondissement. They voice their own thoughts and feelings concerning the social and political reforms. The telling of this story rests primarily on depicting the people of the Commune, and those who suppressed them.

Deliberately, this film is an attempt to challenge existing notions of documentary film, as well as the notions of ‘neutrality’ and ‘objectivity’ so beloved by the mass media today. The film is not intended as an apologia on behalf of the Paris Commune. But at the same time, it attempts to show that the Paris Commune, for all its human frailty, its internal conflicts and its blundering, was an event of major importance, not least because of the way in which its leading reformers tried to work with social process, by a direct involvement with the community and its needs.

Out on the Street

Out on the Street is a film about a group of workers from one of Egypt’s working class neighborhoods, Helwan. In the film ten working-class men participate in an acting workshop. Through the rehearsals, stories emerge of factory injustice, police brutality, courts that fabricate criminal charges, and countless tales of corruption and exploitation by their capitalist employers. On a rooftop studio overlooking the heart of Cairo – presented as a space between fact and fiction – the participants move in and out of character as they shape the performance that engages their daily realities. “Out on the Street” interweaves scenes from the workshop, fictional performances, and mobile phone footage shot by a worker intended as evidence for the courts to stop the destruction of his workplace. This hybrid approach aims to engage a collective imaginary, situating the participants and spectators within a broader social struggle.

La Commune (Paris, 1871) courtesy of Icarus Films
Out on the Street courtesy of the artists, Jasmina Metwaly and Philip Rizk