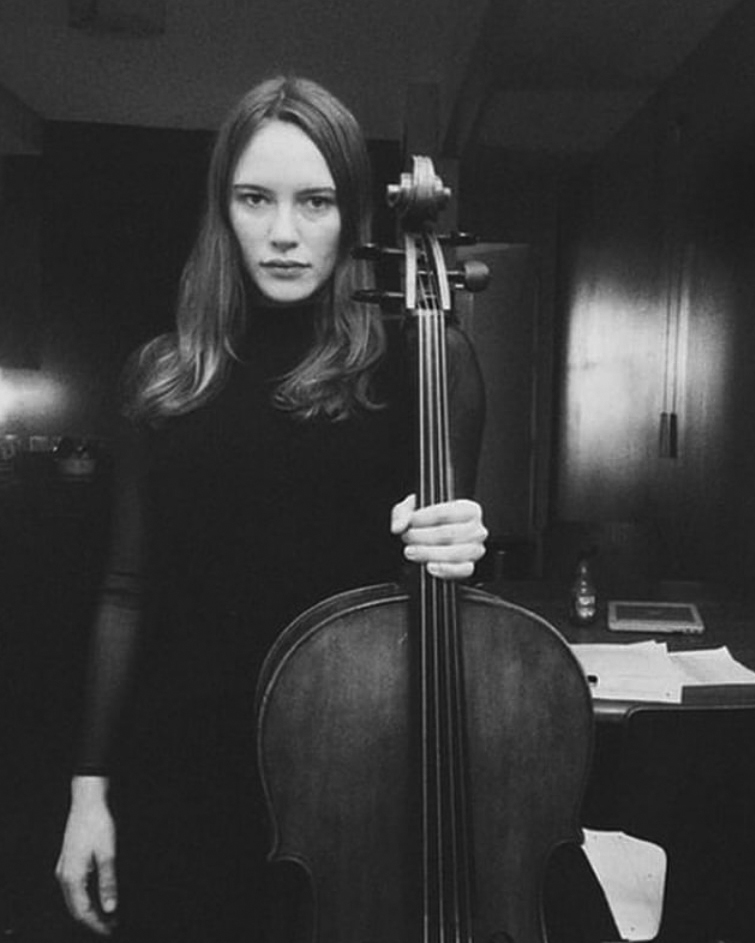 “Leila Bordreuil is a Brooklyn-based cellist, composer and sound-artist from France. She accesses concepts as diverse as Noise, contemporary classical, free jazz, and experimental traditions but adheres to none of them. Her music mixes deep melancholia with harsh noise-walls at ear-bleeding levels, and was described by the New York Times as ‘steadily scathing music, favoring long and corrosive atonalities.’ Driven by a fierce interest in pure sound and inherent texture, Leila challenges conventional cello practice through extreme extended techniques and unorthodox amplification methods, to the extent she sometimes seems to be playing the P.A system rather than the cello. Her compositions frequently incorporate sound-spatialization by way of site-specific pieces and multichannel installations, and focus on neurological perception and our physiological relationship to sound and space.”

From delicate play on the thresholds between tonality and atonality to aggressive scrape and scrunch, Bordreuil’s solo sets on amplified cello – with no effect pedals – are full frequency affairs, loud and noisy. These excursions not only plum the possibilities of the instrument, but also the resonances of the architecture in which they are aired. (Her recent “Not An Elegy” release on Boomkat’s Documenting Sound series brilliantly documents a solo sesh on NYC subway station platform, for example.) This week, Bordreuil visits L.A. to fill a new room, the cavernous and famously “live” space of Human Resources.

Nephila — the solo project of Los Angeles-based artist and musician Shannon Kennedy — pulls audiences into a surreal zone of precarity, where resolution itself hangs in the balance. Cooking a stew with electric cello and electronics, Kennedy oft sets her own scene with  foraged bits of nature and other novel interventions. Past plays have seen scavenged branches strung up to bow and spaces roped up for the tensioning of existential drama. A perennial performer in town – and also notably a vet of the road – she is well known in the underground across the country for her enduring collaboration with Jonathan Borges in Pedestrian Deposit. She has staged Nephila actions at Mata, Coaxial, and the Ende Tymes.