Julie Tolentino: The End of the Party, 2015 + subtitled by my sister, Rita: (I Hope She Doesn’t) Fall Asleep In The Ocean 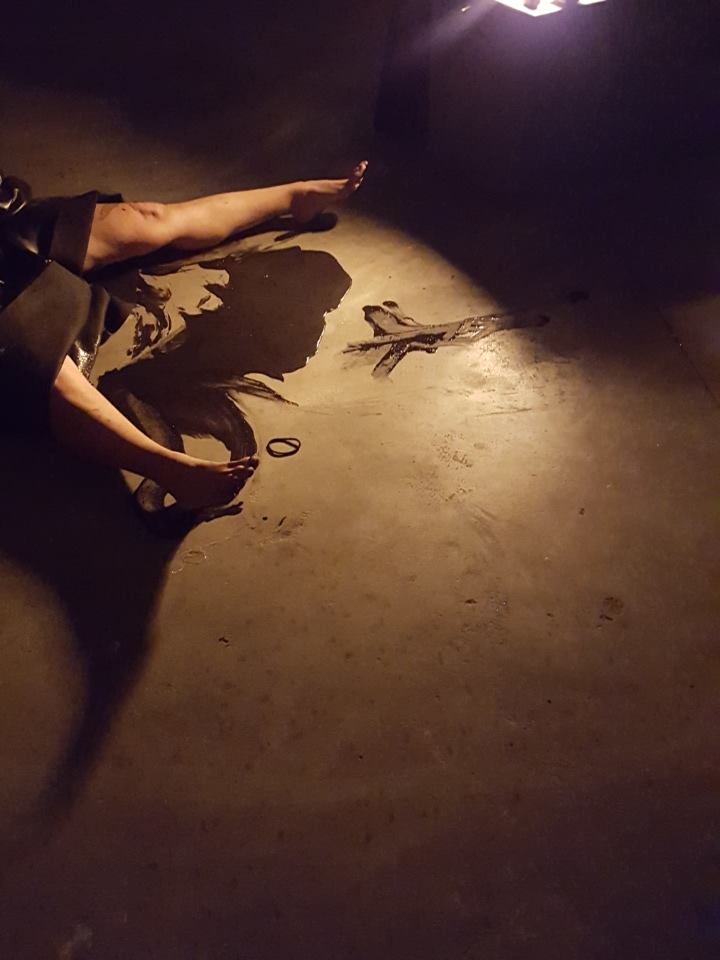 The End of the Party, 2015
subtitled by my sister, Rita:
(I hope she doesn’t) Fall Asleep In The Ocean

Julie Tolentino with the eternal players:
Mark So, Pigpen, Maria Garcia, John Bertel, Patrick Murch, Tamaki aka Banetoriko,
Leon Hilton, Ivan Ramos for N.T. and the rest of the worst of us

This performance is part of the group exhibition The Closer I Get to the End… curated by Suzy Halajian and on view until December 13, 2015 at Human Resources.

I may be fully missing the mark —
this space with you, this piece, the spaces opened by Her

out of my range
overdue
out of luck
under
disenchanted

while completely immersed —
Her: non-verbal, horizontal, chip-like, adducting
She reveals herself as material & person, righteously object, abject
r e a l
and wandering
unreal, curved, sweet even, out-of-time
non-psychoanalytical, not familial, not dull
deeply seeking pleasure, comfort
steeped in animal scent
queerest of them all, resistant
elusive and delicate

very there, running too
loyal
moving on, dismantling
re-engaging

yet vaguely aware that we are “waiting” as Frank O’Hara says,
“for the catastrophe of my personality to seem beautiful again, and interesting, and modern.”